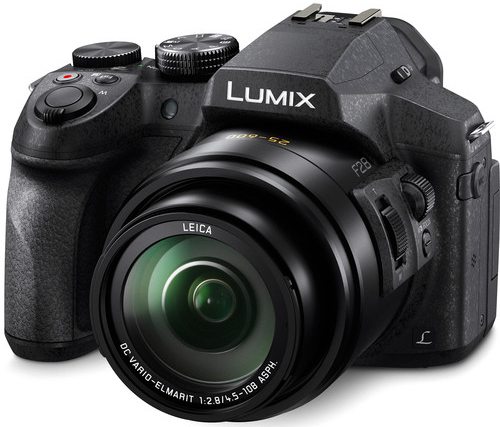 The superzoom Panasonic Lumix FZ300 is a fantastic camera with a lot of high-end capabilities built into a very compact machine. The FZ300 makes beautiful still images, films video in 4K resolution, and has a 24X f/2.8 aperture zoom lens with a range equivalent to a 25-600mm lens in Full Frame format.

Is the Panasonic FZ300 a good fit for you? We’ll have to find out!

It’s not an interchangeable lens camera, it was released seven years ago, and the image sensor is smaller than MFT. However, it has impressive video specs, works well in difficult situations, and can be found as a pre-owned camera on the online platform MPB for less than a fast normal range zoom lens for cropped format cameras.

The Case for Superzoom Compacts 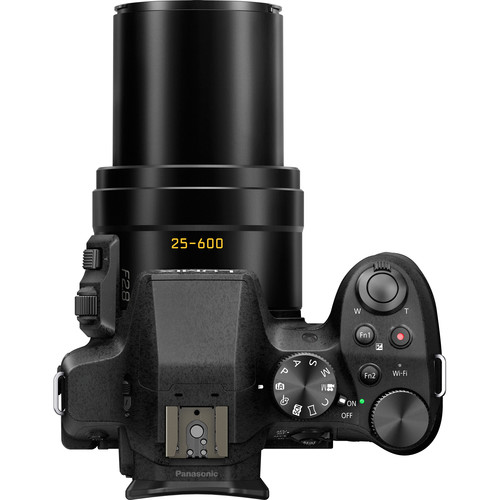 In the days of film cameras, the compact Point & Shoot (P&S) camera style had a wide appeal to all sorts of photographers. They were easier to carry around than a bag of stuff for a 35mm SLR, often being smaller and lighter than an auxiliary flashgun for other cameras. When everyone turned to digital, this style of camera was initially popular.

But they often had limitations for experienced photographers, such as a limited range for the lens, slow f-stops, and lack of manual overrides. That brought in a style of camera sometimes called a bridge camera or a superzoom compact. These had wide to very long telephoto zoom lenses, faster maximum aperture for the lens, and some type of manual control.

In order to keep the cameras compact, the sensor sizes were made smaller than the crop format interchangeable lens cameras. This had an added benefit of enabling high-power telephoto lenses in a very compact size (see our article on sensor sizes and crop factor for a detailed explanation).

Manufacturers added manual controls for exposure, or at least a huge amount of exposure compensation, and as video grew in people’s wants, these cameras were also optimized for very high-resolution recording. For cameras costing and weighing less than some individual lenses or accessories for larger system cameras, what’s not to love? 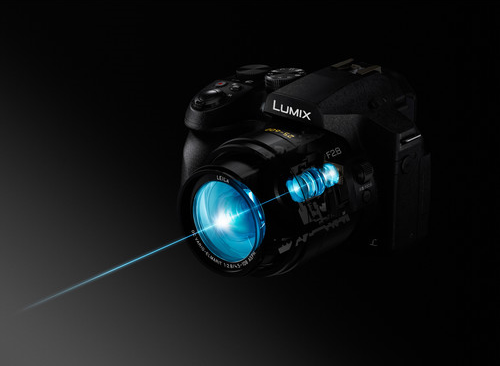 Through the lens (TTL) viewing is accomplished with either the eye-level electronic viewfinder or a fully articulated rear view screen. The camera is weather sealed and can capture still images at 12fps or record up to 4K video. The ISO ranges from 100 - 6400. There is a built-in flash, 49 AF points, and a shutter speed up to 1/16,000. There are also several exposure modes, including full manual control. 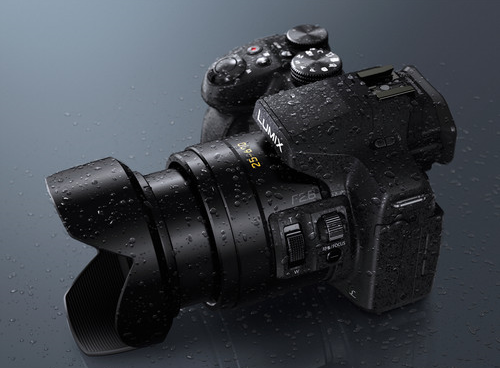 The Lumix FZ300 is comfortable to use since it has a large handgrip and a form factor similar to a DSLR or mirrorless camera. As mentioned before, the camera is weather sealed and is rather rugged for a compact camera.

The camera is not a featherweight, coming in at 24 ½ ounces with a battery, but the moderate weight allows for comfortable holding whether using the camera at eye level or with the 3” fully articulated rear view screen.

Truth be told, a little weight is a welcome thing when trying to steady the camera at the long telephoto end of its zoom. Even with the excellent image stabilization feature, the long end of the telephoto is very high magnification.

The controls on the camera body and the side of the lens are simple in design and fall to hand readily in use. Some camera functions are accessed by the rear viewscreen, but nothing takes too many menus to get to, so it’s an easy camera to operate in the field. 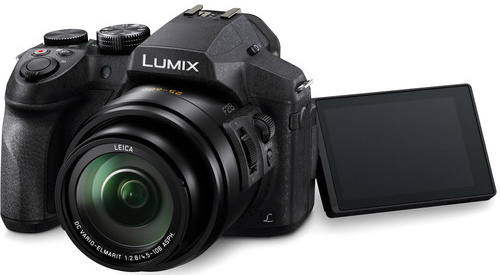 Another benefit of a smaller sensor with high resolution is that you can upgrade the video. The Panasonic FZ300 is capable of 4K video at 30p, which is really nice for a compact camera at this price.

Very rapid autofocus and good image stabilization are two welcome features for videographers. You can also opt for recording in several lower resolutions since 4K video takes up a lot of room on a card. You will want a high-capacity SD card with fast read/write speeds to get the most out of the 4K capability of the FZ300. 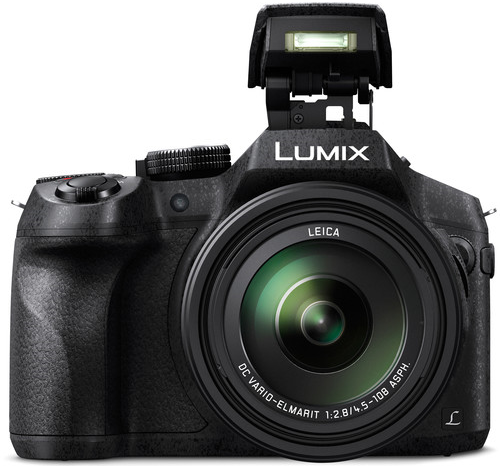 The Panasonic FZ300 can record in several JPEG resolutions or in Panasonic’s RAW format. Holding the camera at eye level is very comfortable in both portrait landscape orientations, but it can get a little squirrely when using the rear screen at the long end of the telephoto zoom or when in portrait orientation at any focal length.

Images have lots of color and exposure depth in RAW, but the low light limitations of smaller sensors show up in marginal lighting conditions. The smaller sensor means it’s also a challenge to achieve selective focus in some conditions. 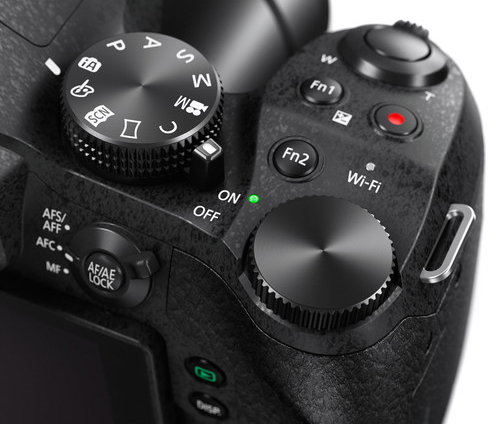 What type of photographer would benefit from a Panasonic Lumix FZ300? Photographers desiring a very long telephoto in a small size will love the FZ300. Shooting wildlife, sports, the moon, and other distance photography is where this small camera really shines.

The 4K video in a small camera with a very variable lens will appeal to most serious photographers wanting to try out video, plus it’s a great camera for vlogging.

Additionally, anyone using high-end gear for serious or professional photography or videography will enjoy taking this camera for fun photo and video outings. Having full manual control available will satisfy any creative urges. 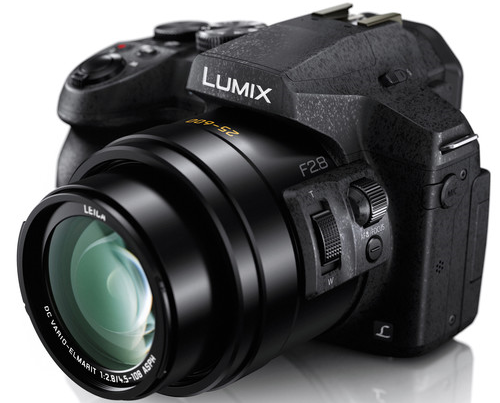 It’s hard to go wrong with a camera this good, especially since you can get one in like-new or excellent pre-owned condition right now at MPB for under $400! MPB is the first place I go when considering a new-to-me camera or lens, and I highly recommend it be the first place you go as well.

In addition to the fabulous cost savings of used equipment, MPB gives us peace of mind with accurate item descriptions, a generous seven-day return or exchange period, and a six-month warranty on virtually everything they sell.

That means you get great gear and peace of mind to go with it, too. Add in a great price, and you have the makings of a great gear-buying experience with MPB. I should know - I’ve bought, sold, and traded gear on MPB for years!

Yes, the Panasonic Lumix FZ300 is an older camera, has a small sensor, and a few handling quirks, but it's also fully capable of producing superb video, and having the equivalent of 600mm telephoto in a compact camera allows for some image captures unheard of with a smartphone camera. If you want a capable camera on the cheap, the FZ300 might be the one for you.