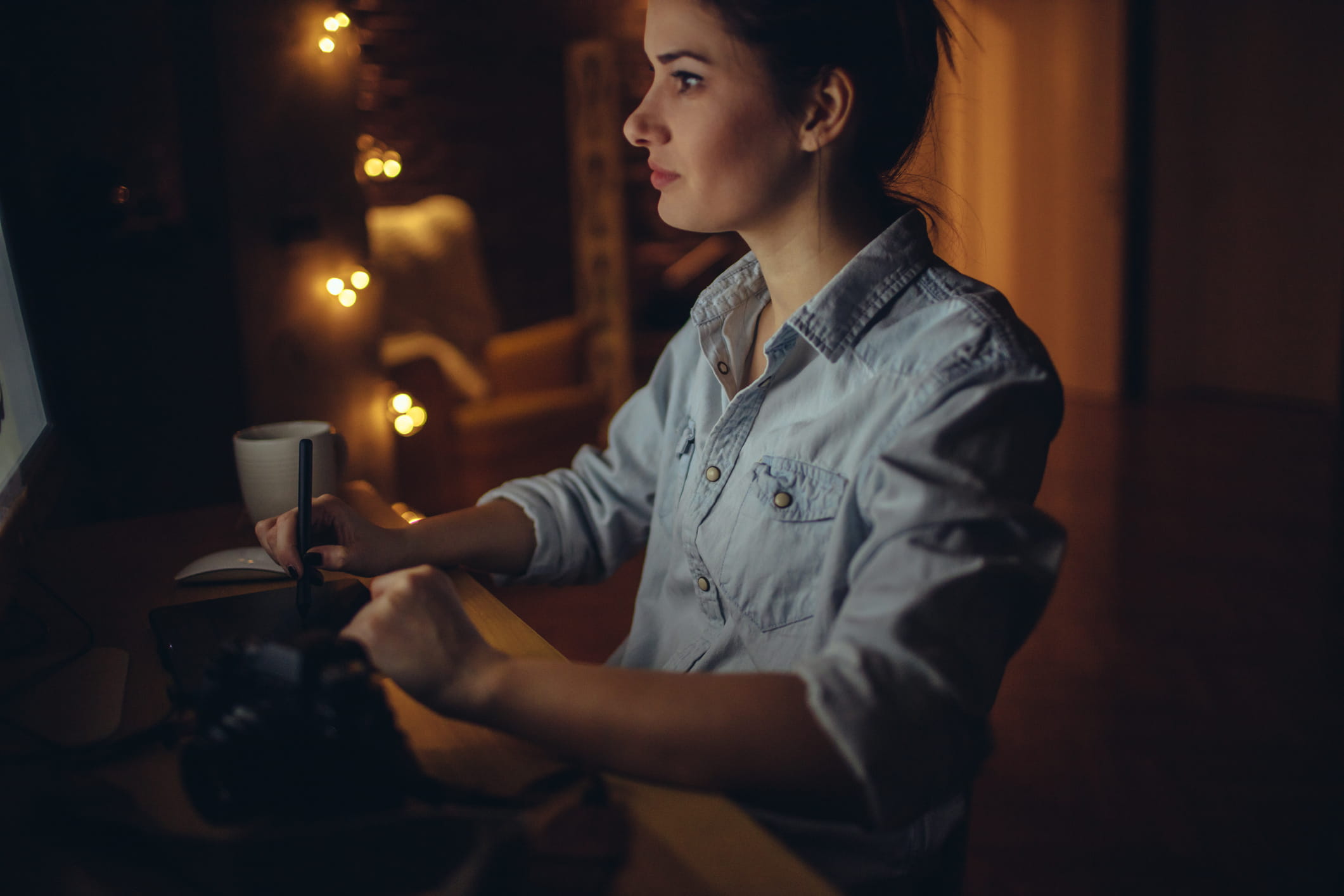 Are you overwhelmed by all the features and options in Photoshop?

When it comes to making transformations, using smart objects, and making selections, are you especially lost?

Then this tutorial is for you!

The folks at Yes I'm a Designer put out a fantastic tutorial video on these very subjects not too long ago.

And by the end of the tutorial, you'll be able to edit your photos like a pro in Photoshop CC.

Catch the full video above, and peruse highlighted step-by-step instructions for some of the best tips in the text that follows. 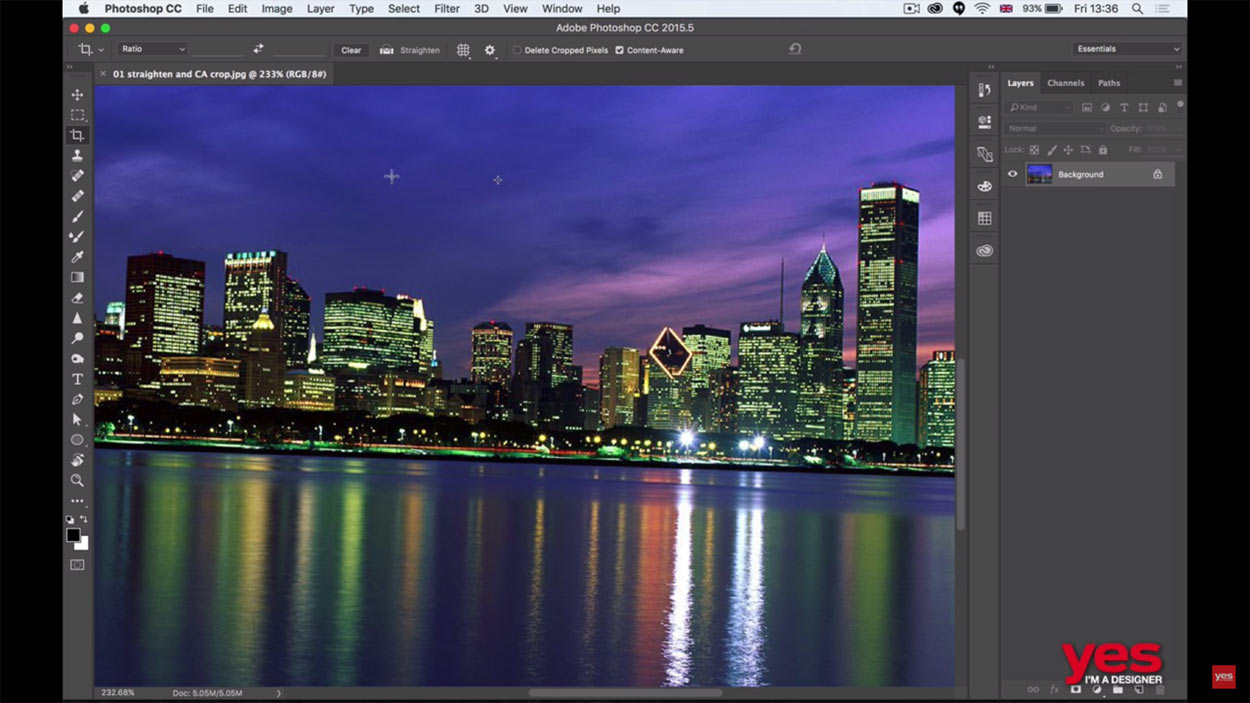 The easiest transformation you can make in Photoshop is cropping, and though it doesn't sound like something that's all that impactful, it is actually a very powerful tool.

Rather than just using the crop tool to resize an image, you can also use it to straighten an image that's got a crooked horizon, like the image above. 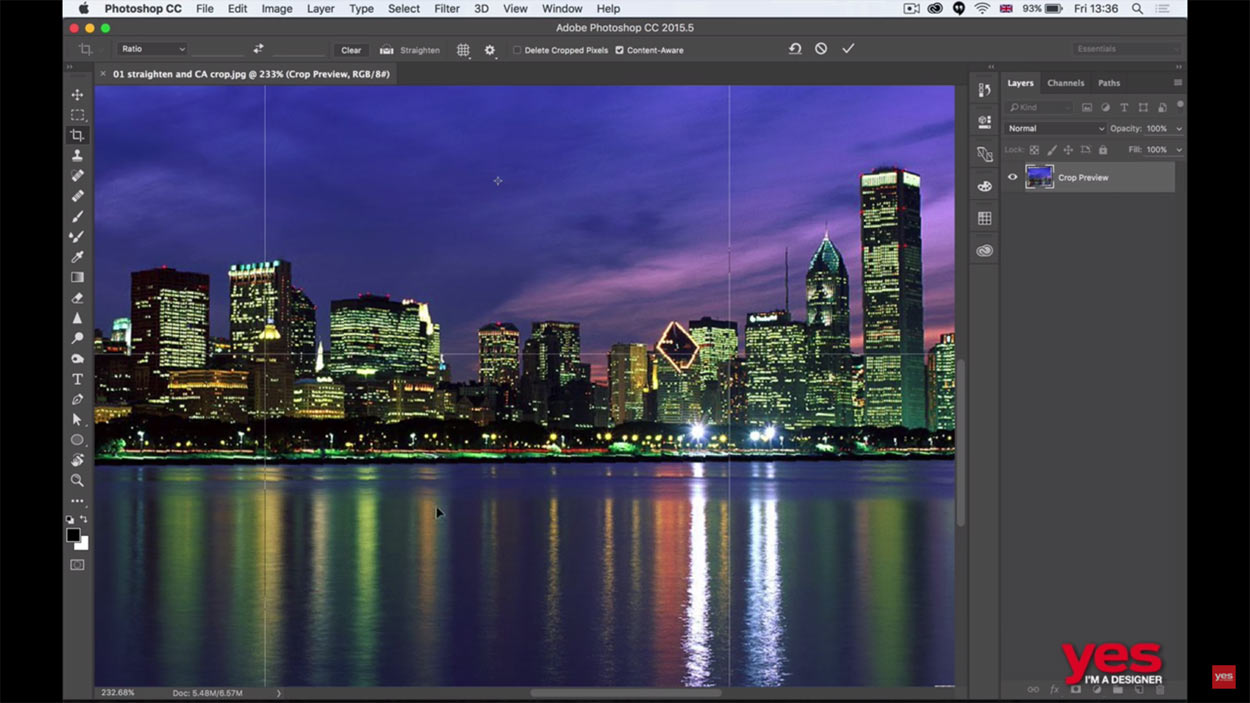 Simply select the crop tool from the toolbar or press CMD/CTRL C to engage the tool. Then, draw a line on the object that is supposed to be horizontal, and Photoshop will automatically adjust the image.

As you can see in the image above, the tool works great for correcting the all-too-common mistake of crooked horizons! 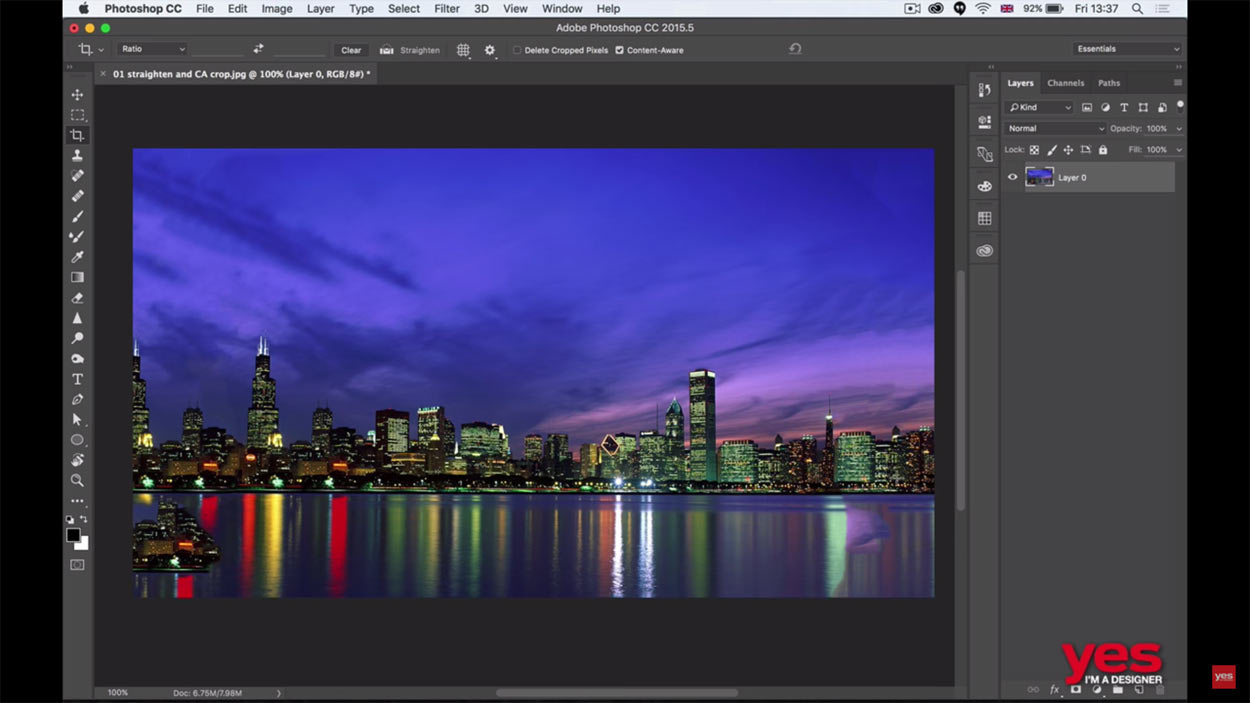 Another fun feature of the crop tool is that you can use it to extend the size of your canvas, and using the Content Aware Tool, you can instruct Photoshop to fill in the additional space.

For example, by holding Alt/Option while clicking the edge of the image and dragging outward, the crop tool will add more real estate on the left and right sides of the shot.

Then, by pressing enter, the Content Aware Tool will work its magic, adding similar content to the new area of the shot, as seen above.

But notice how the content that Photoshop has added in isn't perfect - the water on the right and the left is messed up.

You can fix that, though, by using another Content Aware enabled tool, the Spot Healing Brush. 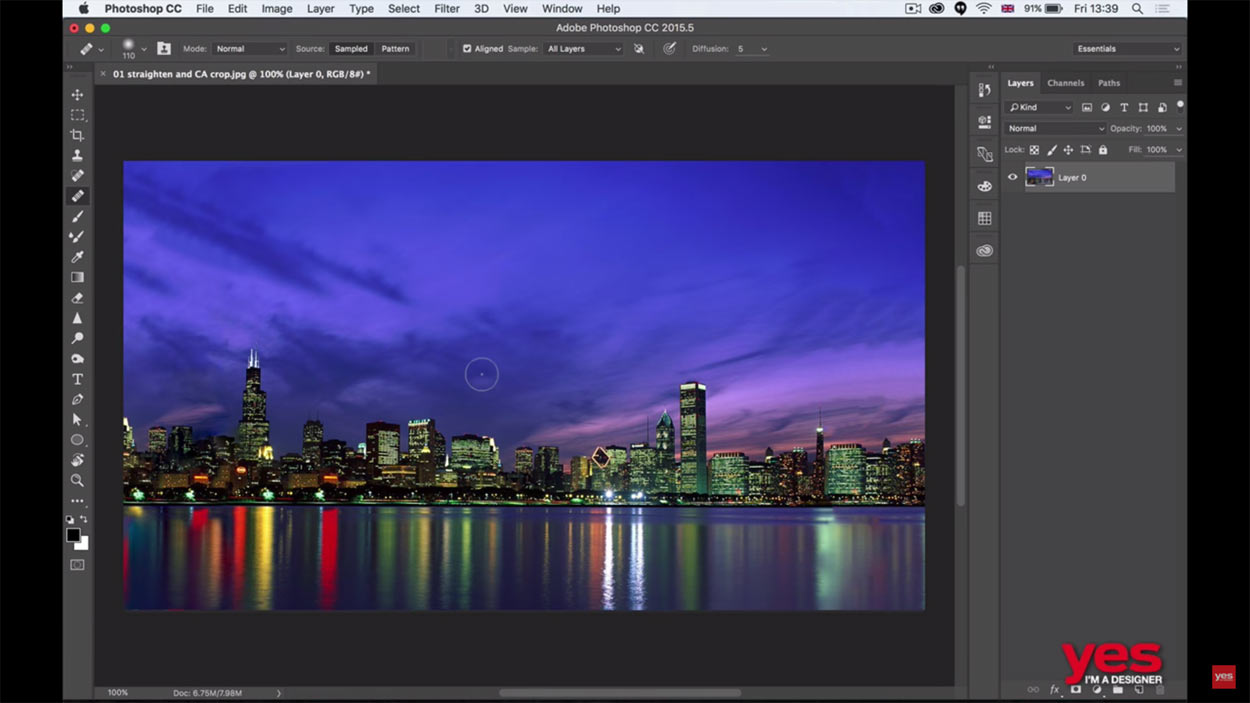 After selecting the brush, just paint over the detail that needs to be fixed. You might need to paint over it several times in order to completely get rid of the aberration.

Another option is to use the Healing Brush Tool to take a sample from another part of the image to copy and paste into the area that needs to be retouched.

Either way, you can correct some pretty big mistakes, as you can see in the screenshot above. 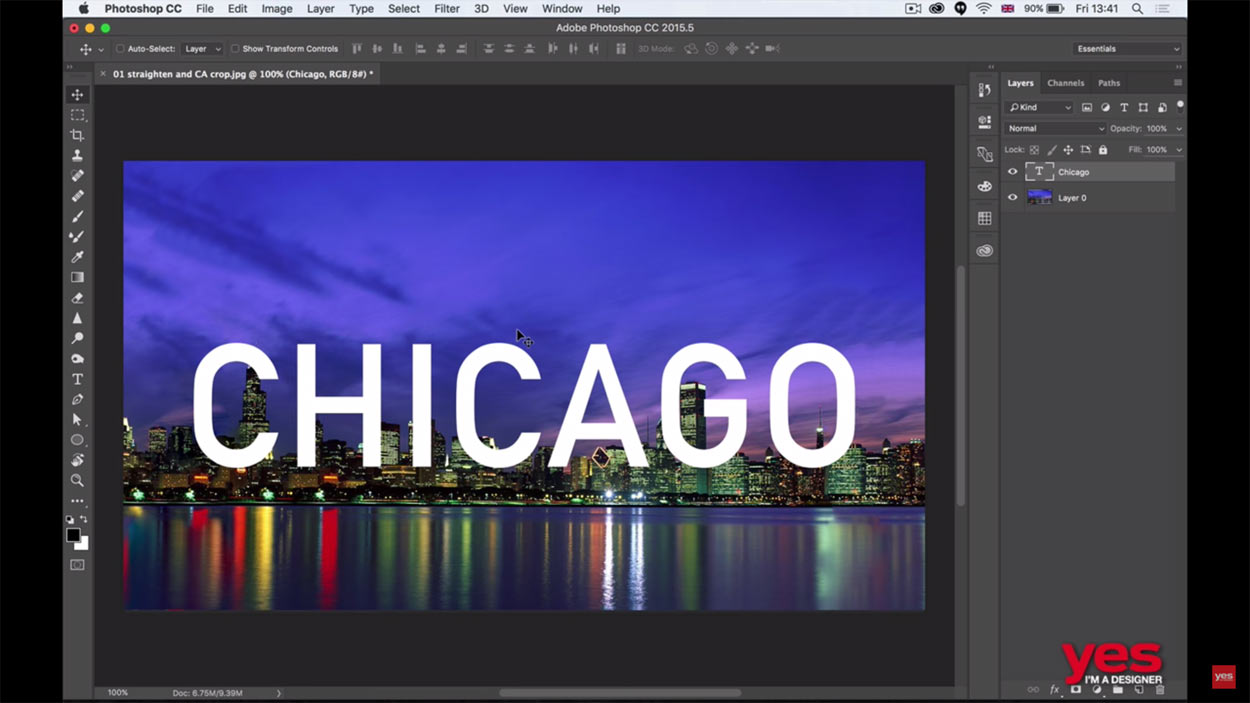 Just adding text on top of an image is easy to do, and doesn't really have that much visual appeal.

Adding text that interacts with the image - like having parts of the text hidden behind objects in the shot - looks far better.

You can do that quite easily, too!

Create a text layer and add the text you wish to superimpose on the image.

Next, make a selection where you'd like the text and the image elements to interact. In the sample image above, that would require a selection of the sky using the quick selection tool. 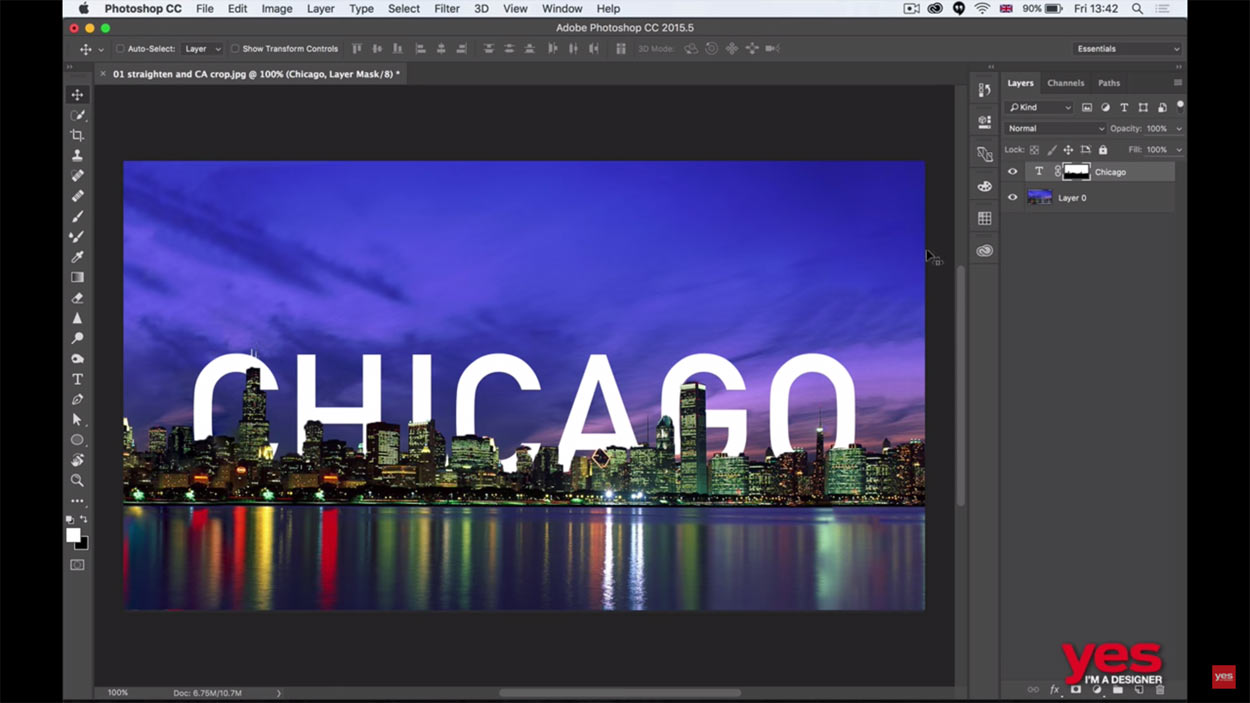 Then, select the Mask Icon on the bottom right of the screen to show the mask you created when you made the selection of the sky.

As you can see in the screenshot above, that then hides the lower portion of the text, showing only the upper portion that's part of the selection of the sky.

I think you'll agree, that's a much more eye-catching result! 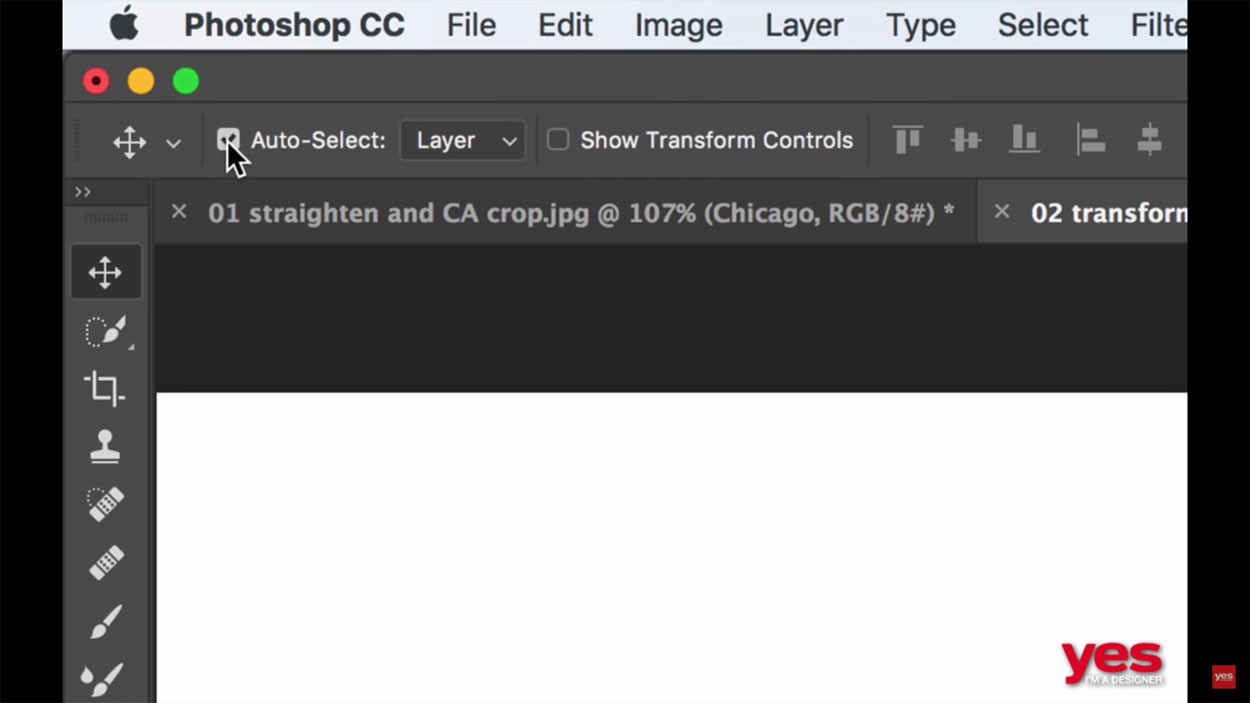 A different type of selection you should know about is the Auto Select Tool, which can be found in the upper left toolbar in Photoshop.

This tool is useful because it allows you to simply click on a layer in the editing window to select it.

That might not sound very helpful, but consider this - when this tool isn't active, and you click on a layered element, unless that layer is selected in the layers panel on the right side of the screen, you won't be able to move it or work on it.

That is, regardless of where you click or what object you click on, if it isn't active in the layers panel, you won't be able to work on it.

The Auto Select Tool changes that, though, so whatever you click on automatically becomes active.

It's a simple trick, but a useful one!

Bonus tip: Don't leave Auto Select on at all times. Instead, toggle it on when you need it by pressing CMD/CTRL. That will help prevent accidentally selecting a different layer as you're working. 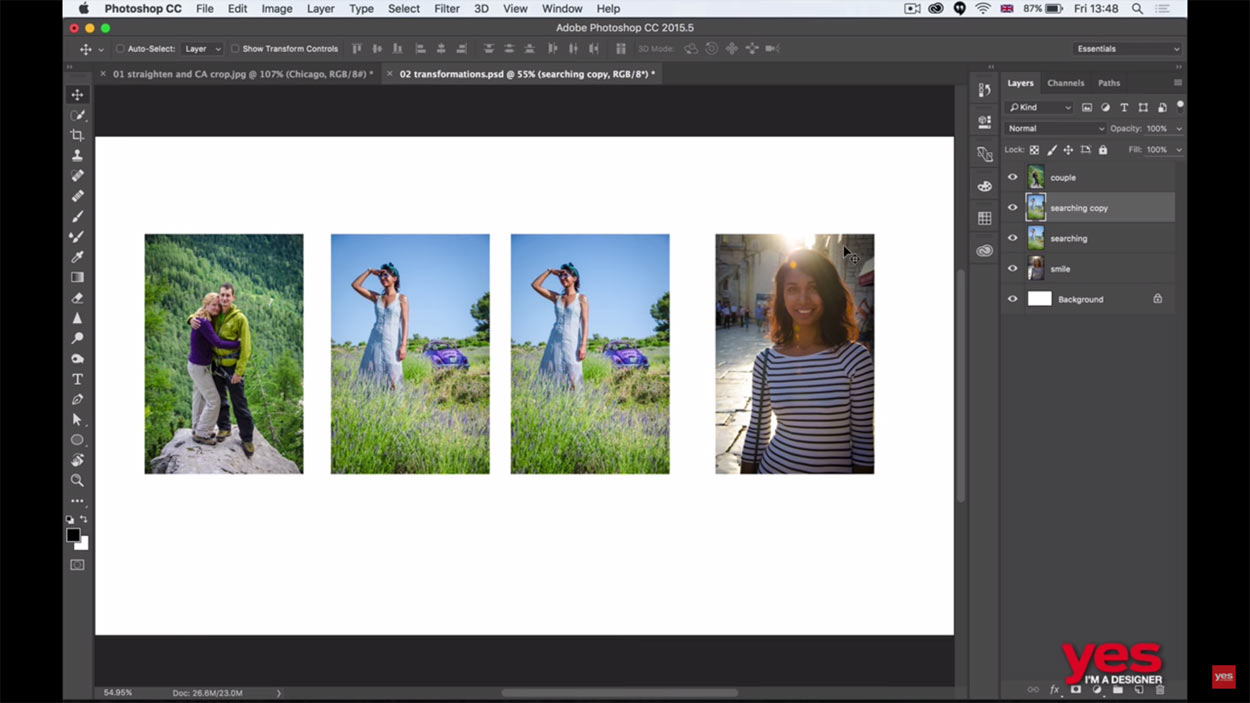 When you resize an image, say, from a small size to a larger size, you can run into the issue of the image becoming pixelated.

That's because there are only a certain number of pixels in an image, and when you make that image larger, you make those pixels far more noticeable.

However, by using Smart Objects, you can maintain the current quality of the image when you resize it.

To do that, simply right click on the layer in the layers panel and select Convert to Smart Object. 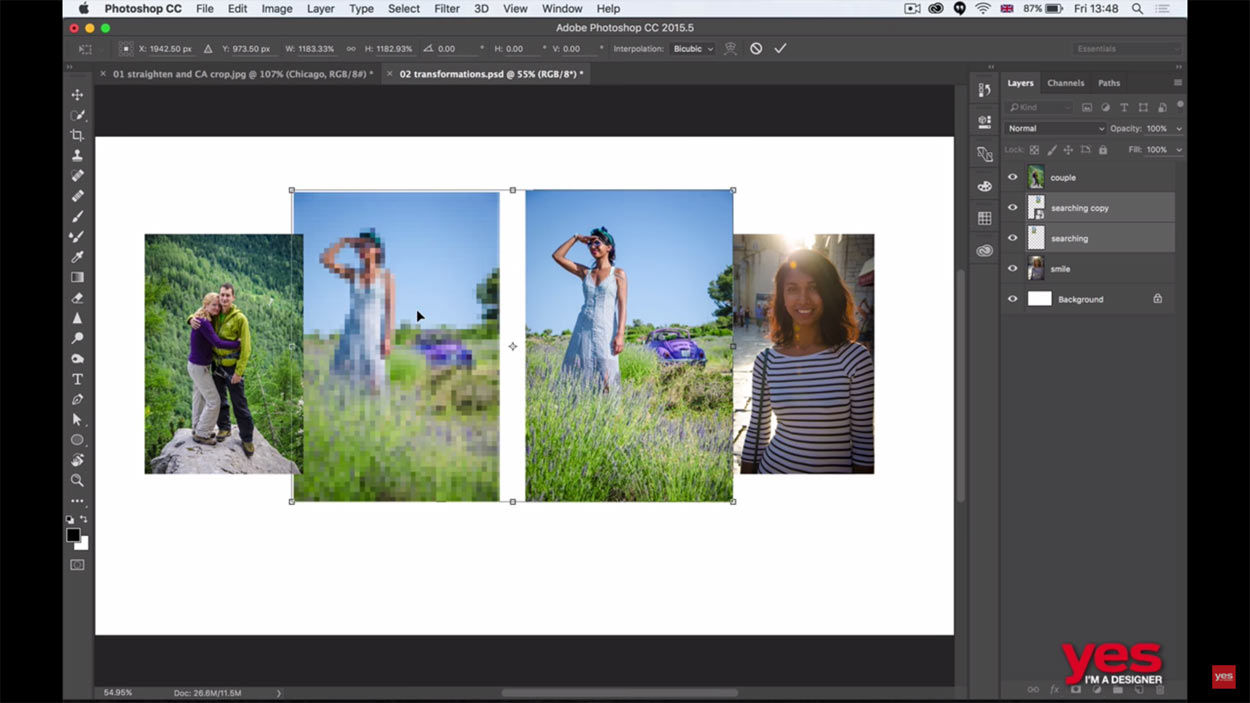 Then, when you resize the object, you'll see that it retains the same image quality as you started out with.

In the screenshot above, notice how the traditional layer on the left has become pixelated, but the smart object on the right is perfectly detailed.

But Smart Objects are also great for rotating an image.

Believe it or not, simply rotating an image in Photoshop can degrade the image quality. But when you make the layer a Smart Object, you can retain the same quality as the original layer.

Making the Most of Photoshop 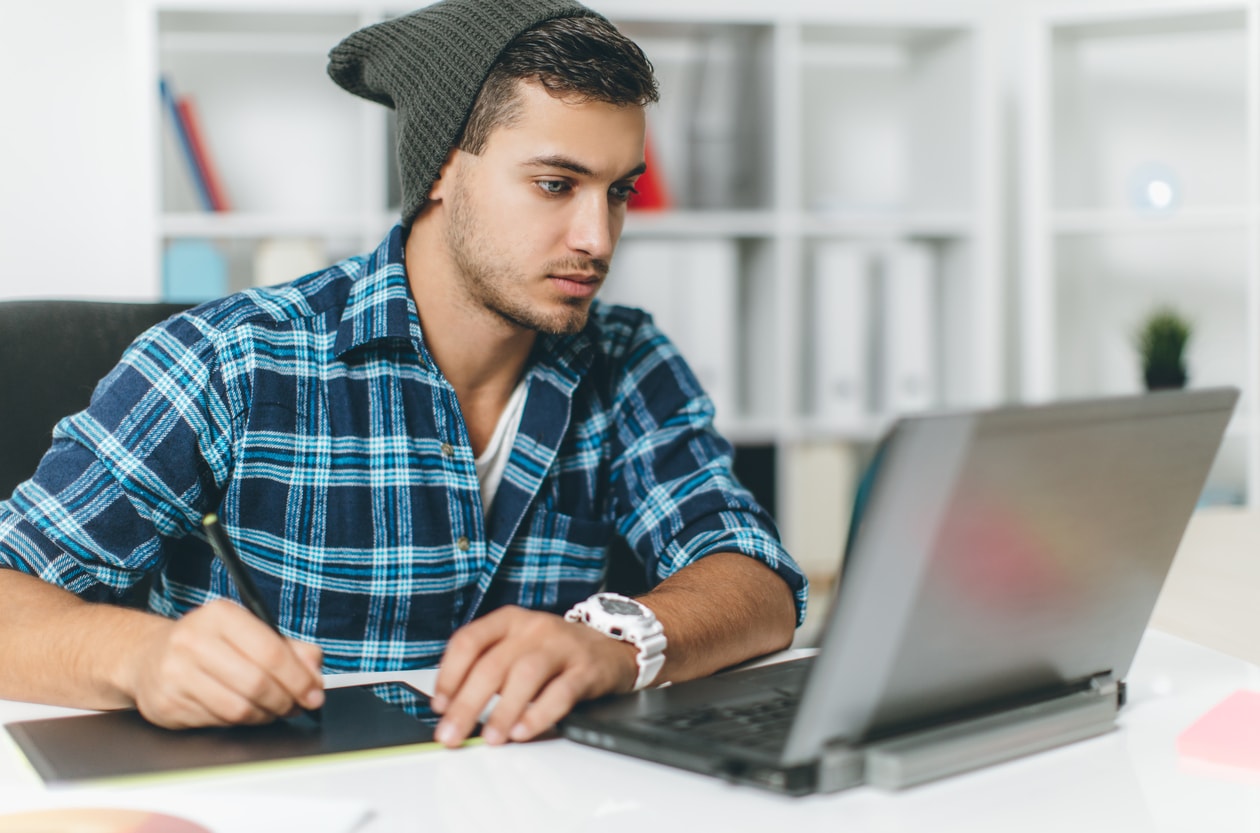 If you've spent any amount of time in Photoshop, you know that there are a lot more tricks you can use with transformations, selections, and smart objects.

But the three examples I picked out of the video are quick and simple for easy learning, yet can have a ton of impact on the quality of the final product you create in Photoshop.

Get familiar with each of these techniques, watch the complete video tutorial above (and be sure to follow the Yes I'm a Designer channel), and you'll be impressed with just how much of a Photoshop guru you become!