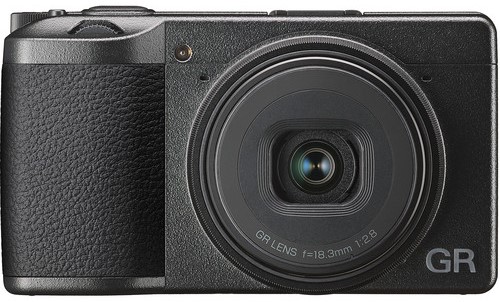 In reviewing as many cameras as I do for PhotographyTalk, I’ve become quite accustomed to talking about all of the big name releases, like the cameras from Sony, Canon and Fujifilm. It’s rare that I get to review a camera that isn’t from one of the large manufacturers, but the Ricoh GR III definitely deserves your time. 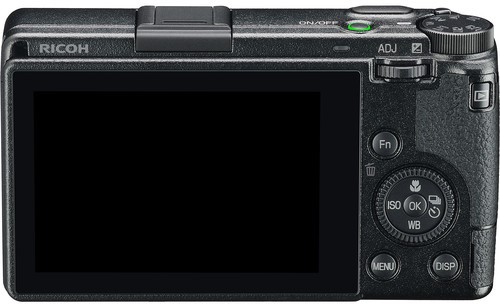 Unfortunately, the Ricoh GR III likely won’t appeal to videographers because it does not feature 4K video, likely in a bid to keep the camera in the enthusiast-level price range. Perhaps the next camera in the line will finally feature better video shooting.

In this Ricoh GR III review, you can expect to learn about all of the Ricoh GR III features, like its specs, design, and video performance. 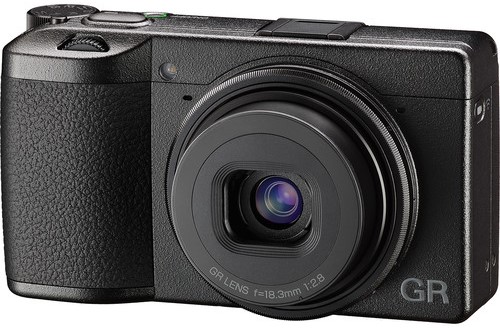 The Ricoh GR III comes with a 24MP APS-C sensor and a 28mm equivalent f/2.8 lens. It is a compact camera, as it fits in the palm of your hand with ease, but it functions much better. The pictures it produces, thanks to its large sensor size, are clear and beautiful.

The Ricoh GR III offers Full HD video at up to 60p, which is a nice addition in lieu of 4K video capabilities.

The camera also features Dust Reduction. If you’ve never heard of Dust Reduction before, don’t panic. It isn’t just you. The older Ricoh’s in this lineup had issues with dust getting into the sensors, so the Dust Reduction feature on this camera is a way for Ricoh to say, “We fixed it.”

Other Ricoh GR III Specs Include: 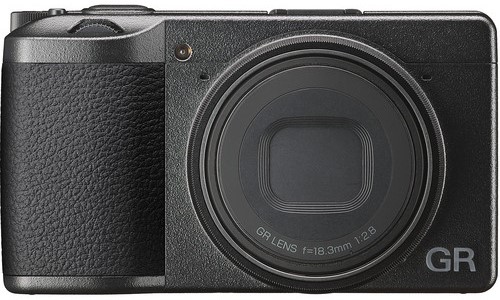 The biggest draw to this camera is the fact that it is so small. The Ricoh GR III design is very sleek. The camera is built out of magnesium alloy, but since it is so small it still remains just over half a pound.

The AEL/AFL switch is also no longer present on this camera. Instead you get a Fn/delete button.

One nice addition to the physical layout of the camera is the fact that you now get a Menu button.

When it comes to the Ricoh GR III handling, the biggest improvement was the touchscreen. No longer do you have to fumble around with buttons that are far too tiny. You can work almost all of the controls from the touchscreen and you’re going to want to because it is incredibly responsive and quick.

Of course, if you aren’t interested in using the touchscreen, you can disable it so that the camera mimics the shooting that you would have had with the GR II. Unfortunately, the touchscreen does make the screen a lot more glossy. This can be frustrating if you’re going to be shooting outdoors all the time. You won’t be able to see your shot as easily.

The camera is obviously also smaller than the GR or GR II, which means you can even more easily take it with you everywhere you go.

One thing that I absolutely hate about the handling of this camera is that it has an awful battery life. Just 200 shots is absolutely not enough and I’m upset at Ricoh for thinking it is. Of course, it’s a relatively minor and easy to fix problem, but it is still frustrating.

The camera, just like the others before it, offers a lot of customization. You can customize the ISO button, the Drive button and the Fn button to do a whole range of things. Additionally, you can press the Wi-Fi button for an extended period of time in order to activate the Wi-Fi or to do a preview of your depth of field.

Thank you to Edward Gilbert for the Ricoh GR III video performance test above.

While it is unfortunate that this camera doesn’t feature 4K video, the camera is clearly aimed at street photographers who likely don’t care about any of its video specs.

For those who are interested, this camera can record Full HD at up to 60p, though 30p and 24p options are available. You can choose to use Shake Reduction. You can also choose to use an ND filter.

You can only shoot 25 minutes of video at a time since video clips can only be 4GB.

The camera does not come with a microphone jack, which means you have to use the stereo microphone. It is about as good as you would expect, which is to say it’s not much good. 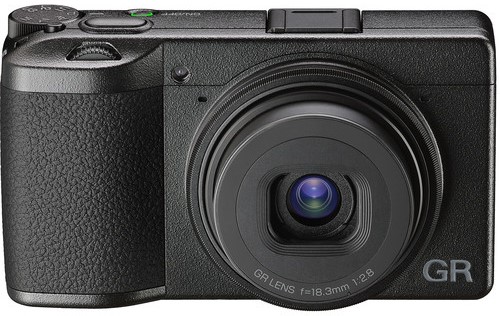 The Ricoh GR III price, if you’re planning on buying it new, is $900. This price doesn’t include any extras, like the wide lens. If you want to purchase a Ricoh GR III with a wide lens and adapter, you can expect to spend $1,150.

If, however, you want to buy a used Ricoh GR III, we know a great website that is selling them. If you haven’t been reading PhotographyTalk for very long, then you may not know that we always recommend our readers purchase used cameras because it is an easy way to save hundreds of dollars that you can then turn around and spend on lenses or other cameras.

MPB is our favorite website for doing so. MPB is a used camera retailer that essentially does all of the leg work for you. Unlike Ebay, where you have to deal with a seller directly, MPB does all of the haggling for you.

MPB also grades the condition of each piece of equipment that they sell. Most of the cameras you will likely be buying will be in either “like new,” “excellent,” or “good” condition, although MPB does offer rare older cameras that may be in “fair” or “faulty” condition.

This rating system is one of the best I’ve found so far. MPB lists a ton of information about the exact condition of each camera body they sell and you can actually expect the camera to show up to your door in that condition.

Unfortunately, as of the publishing of this article, MPB doesn’t currently have any Ricoh GR III bodies for sale. Still, since they rotate through hundreds of new cameras every day, you can check the Ricoh GR III page for more information.