The Fujifilm X-E2, Fujifilm’s follow-up to the wildly popular X-E1, was released in 2013. The Fujifilm X-E2 has obviously since been replaced by newer and better mirrorless cameras, but this camera still deserves a seat at the table.

The Fujifilm X-E2 was a mid-range option when it was first released, which means that some of its specs are still acceptable even in 2021. It also means that the camera is a great option for beginner photographers, or photographers who are new to mirrorless gear, right now.

The Fujifilm X-E2 is also a good option for someone who is new to mirrorless cameras because it is an interchangeable lens camera, which means that you can collect new lenses as you get better at photography.

Of course, as is the case with any camera that is over 5 years old, the Fujifilm X-E2 does have its fair share of problems in 2021.

I’ll go over all of those in this Fujifilm X-E2 review. 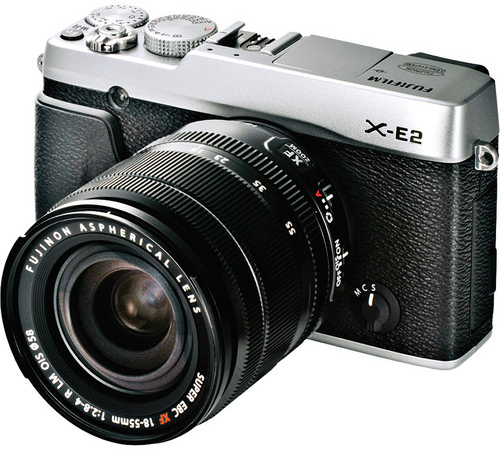 As I mentioned, many of the Fujifilm X-E2 specs are still admirable in 2021. For starters, the camera features a 16MP APS-C CMOS sensor, which isn’t atrocious.

This sensor is then paired with an EXR Processor II.

The electronic viewfinder is far better, though. It features 100% coverage and comes with 2.36m-dot resolution.

The camera also features Full HD video capabilities at up to 60p.

Other Fujifilm X-E2 Specs Include: 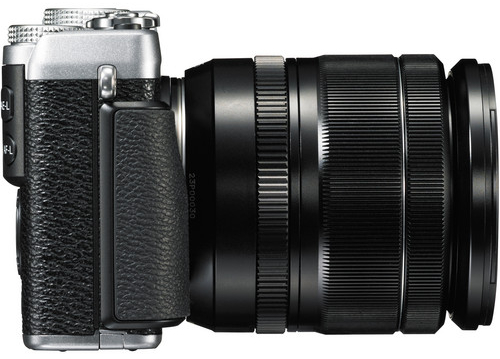 The Fujifilm X-E2 body is a pretty traditional interchangeable lens mirrorless camera body. For starters, it weighs just .77 lbs and measures 5.1” x 2.9” x 1.5”, making it really easy to bring everywhere with you.

The Fujifilm X-E2 design closely mimics the design of the X-E1. The top plate features the same exposure compensation and shutter speed dials, alongside a customizable Fn button. The pop-up flash is located right next to the EVF.

Speaking of the EVF, the viewfinder features pretty good optics. Since the EVF is designed with a 23mm eye point, you shouldn’t have any problems using the camera even if you have to use eyeglasses.

The camera also comes with some optional accessories, like different types of hand grips, if you find it difficult to shoot with the camera without them. 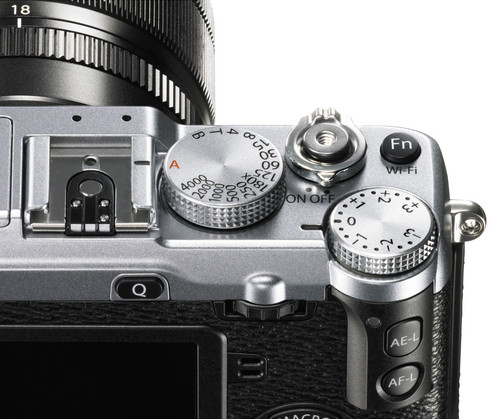 Thanks to the Fujifilm X-E2 build, you should be able to handle this camera with one hand pretty easily. It comes with a grip and thumb rest that makes it a breeze to handle.

One of my favorite parts of the Fujifilm X-E2 handling is its battery life. With a 350-shot battery life, you can expect to carry this camera around with you all day without any battery problems.

Huge thank you to TheCameraStoreTV for the Fujifilm X-E2 video performance review above.

However, even given these video capabilities, it would be a huge stretch to call this camera a good one for videographers.

For starters, you really don’t have any control over exposure with this camera when you are shooting video. You have to choose the aperture before recording and then you cannot control the ISO or shutter speed at all. 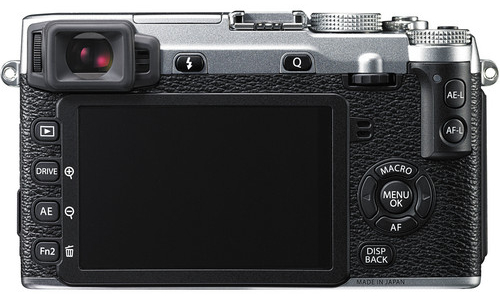 Given the fact that the camera’s buttons can be quite stiff, even if you could change the exposure while recording, you wouldn’t be able to do so without shaking the camera and ruining your shot.

The camera’s autofocus is also really abysmal while shooting video. When you tell your camera to use autofocus, that’s it. You don’t get any control over it from that point on. But, when you manually focus your video, it’s still a problem because it is really hard to figure out how far to move your focus rings.

Unfortunately, all of these problems aren’t even able to be redeemed by the quality of the video because the Fujifilm X-E2 features moire across the board.

All in all, this is definitely not a good camera for you if you’re planning on shooting video frequently. 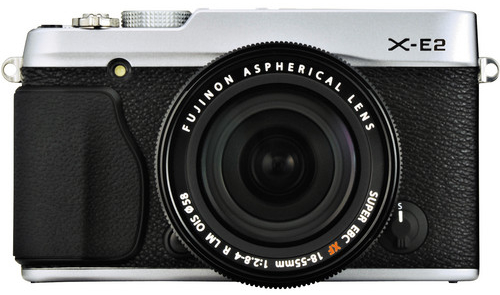 While the Fujifilm X-E2 is no longer available directly from Fujifilm, you can get them via various online used camera retailers.

As always, I recommend that you pick up your used Fujifilm X-E2 on MPB. I like to recommend MPB for used cameras because their rating system is actually accurate, so your camera will show up at your front door exactly how you expect it to. Additionally, you can always trade in your old cameras and use whatever money you make off of that trade towards the purchase of your new camera.

I checked MPB right before publishing this article and found that they only have one Fujifilm X-E2 available right now. It’s in good condition and is being sold for $335.

If that Fujifilm X-E2 gets sold before you get the chance to buy it, make sure that you keep checking back because MPB buys hundreds of used cameras everyday and their operations are huge since they operate across America and Europe.

For a full list of reasons why we recommend MPB to our readers, you can read our in-depth MPB review below.