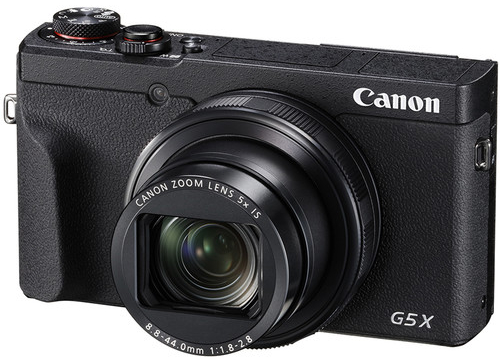 The Canon PowerShot G5 X II is a relatively new camera in this lineup, seeing as how it was first released in 2019.

Despite the fact that the camera is not a “professional” one by any means, it still looks and feels expensive. You know it isn’t going to break on you if you were to accidentally drop it. You also know you aren’t likely to do so because the Canon PowerShot G5 X II handling feels so secure. 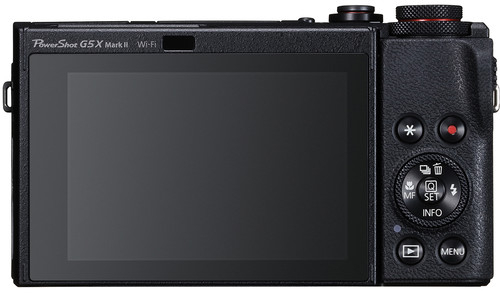 The EVF on this camera is a little unique because it pops-up, so it won’t be in your way while you’re not using it.

The camera also features a 3” 1.04m-dot LCD screen that tilts up to 45-degrees down and up to 180-degrees up. It’s one of the reasons why the Canon PowerShot G5 X II is so popular with vloggers. 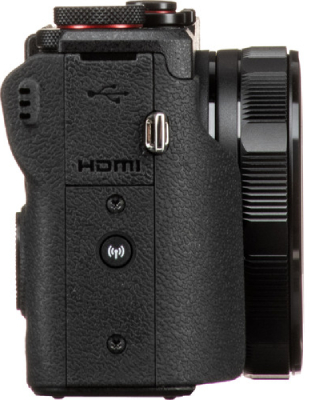 While the camera obviously isn’t competing for the world’s smallest zoom camera, it is still pretty small. The pop-up electronic viewfinder helps to keep it that way.

The camera features a tilting LCD screen. Canon has had some problems with their touchscreens in the past, but it seems that none of those problems exist with this camera because the touchscreen is incredibly responsive.

Other than that, the design of this camera closely mimics cameras in the Canon G7 X lineup, which is definitely a good thing. 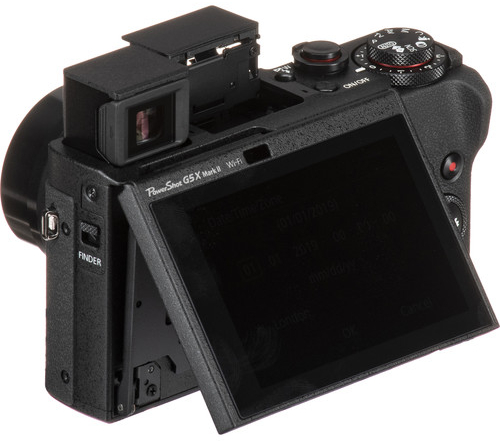 The pop-up flash is also a nice addition to this camera’s build. You can use it when you need it, but it won’t be in your way when you don’t.

The camera isn’t going to be totally customizable, since that really isn’t the point, but there are some customizable options.

For instance, you’ll be able to do plenty of things with the Movie Record button. You can also assign different settings to the Star button, like AF-ON, AF-OFF, and AE lock. You can also change the settings for the lens control ring.

Huge shout out to The Everyday Dad for the Canon PowerShot G5 X II video performance test above.

As he pointed out in that video, this camera had a lot of skeptics when it first came out because Canon’s G7X III was so disappointing. However, as he also pointed out, it did just that.

The Canon PowerShot G5 X II comes with 4K video capabilities at 30p. You won’t actually be able to shoot at 24p with this camera.

While the 4K video is good, I still wouldn’t suggest that the Canon PowerShot G5 X II is designed for videographers. Firstly because it doesn’t come with a microphone port and secondly because you can’t do any live streaming with the camera.

The autofocus on this camera also isn’t that impressive. It features everything you’d want it to, like face detection, but it unfortunately just doesn’t work that well.

One benefit of the video on the Canon PowerShot G5 X II is that the lens features a 3-stop ND filter. This is going to be a great thing for vloggers who are finding themselves shooting outdoors frequently. It’s also good for hobbyists who are looking for a camera to take while traveling. 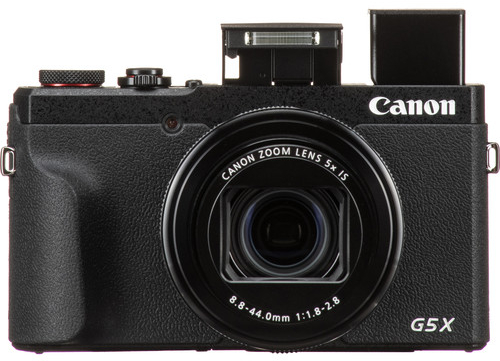 However, if you would like to save some money on your Canon PowerShot G5 X II purchase, you can buy it used from an online retailer.

I personally love the products that MPB offers. MPB is a used camera retailer that operates in the United States and Europe. I find that they have the most used camera options available. I also find that their customer service team is really on top of everything, even during the coronavirus pandemic.

Before I published this article, I checked to see whether MPB had any Canon PowerShot G5 X II bodies available. They do.

While this isn’t huge savings, you have to take it into account that the used Canon PowerShot G5 X II available on their site right now is in “like new” condition. So, you’re essentially saving over $100 for buying a camera without it’s box.

For a list of other reasons why I recommend MPB, you can read more in the MPB Review below.