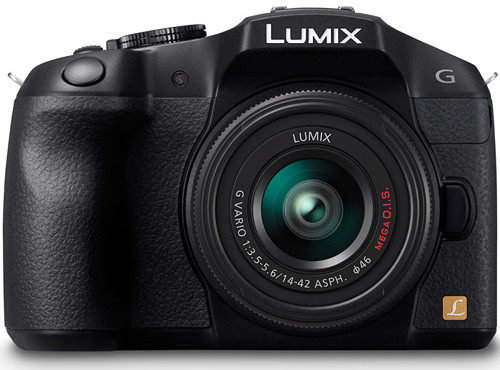 I’m starting to feel older and older as some of my favorite cameras that I was so excited about when they first dropped are now considered budget buys because of their age. The Panasonic Lumix DMC-G6 is the perfect example of this problem I’m having.

The Panasonic Lumix DMC-G6 came out in 2013, which means that it is going on a decade of age. When it first came out, it was one of the best mid-range mirrorless cameras on the market. It was a follow up to the Lumix G5 and designed really similarly.

The Panasonic Lumix DMC-G6 looks like a mini DSLR, presumably because it was designed for DSLR shooters looking to break into the mirrorless market. 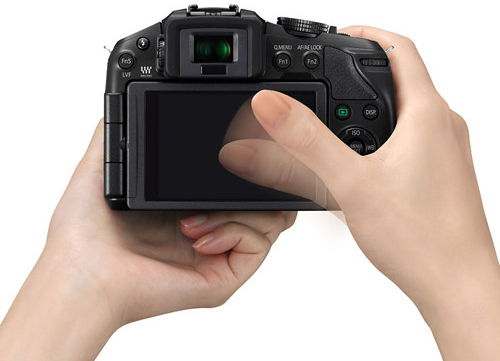 The Panasonic Lumix DMC-G6 is an SLR-style mirrorless camera with an 18MP Four Thirds sensor.

Importantly, the 3” LCD screen is fully articulated, so the camera is appealing to videographers. The LCD is a touchscreen that is highly responsive. Of course, since the camera is older, it doesn’t shoot 4K. It does, however, shoot Full HD at up to 60p.

Other Panasonic Lumix DMC-G6 Specs Include: 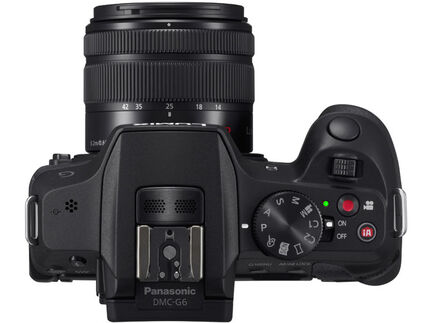 You pretty much know what to expect when it comes to the Panasonic Lumix DMC-G6 body if you’ve shot with any other cameras in this lineup before.

The camera comes in different colors, black, white or silver, and is designed with amateurs in mind. This means that all of the buttons are laid out in an easy to use manner.

One of my favorite things about the design of this camera is its screen. Not only is it fully articulating for vlogging or selfies, but it is also really bright so you shouldn’t have any issues shooting with it in the middle of the day. 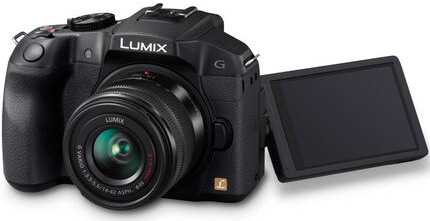 The Panasonic Lumix DMC-G6 build is sturdy. The camera is pretty much wrapped in a rubber coating to make handling easy, but it still feels hefty in your hands.

The camera is really easy to connect to your smartphone so that you can automatically upload images when you need to. You can either transfer your photos exactly how they are or you can compact them into a smaller size. It usually takes under a minute to transfer a photo.

One other thing I need to point out in terms of the Panasonic Lumix DMC-G6 handling is its battery life. This camera can shoot up to 340 shots one one charge, making it a breeze to take on longer shoots or overnight trips.

Thank you to ReviewLamp for the Panasonic Lumix DMC-G6 video test above.

As I already briefly mentioned, since this camera is older, it doesn’t shoot 4K video. It does, however, shoot Full HD video 60, 50, 30, or 25p. Importantly, you also have full manual control while shooting video. If you are choosing to shoot in MP4, you do need to be mindful of the camera’s audio. It just isn’t as good for some reason.

The camera does come with a 3.5mm external mic socket so you can record better audio.

It’s also really sensitive to light, which means that you are going to be able to take beautiful videos with this camera at events in dim lighting or right before the sun comes up or sets.

The EVF on this camera is also pretty large, so if you are planning on shooting a lot of videos using the EVF you’ll be really happy about it. 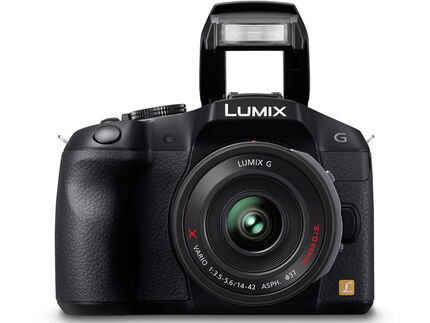 You can no longer get the Panasonic Lumix DMC-G6 directly from the manufacturer, but if you know where to look, you can still get a camera that is in really good condition for half the price.

I checked my favorite camera retailer to see if they had any Panasonic Lumix DMC-G6 bodies right before I published this article and they only had a single one for sale.

One of the reasons why I swear by MPB is their rating system. A “like new” camera will be in near mint condition with barely any signs of use. This means that the LCD screen is in perfect condition, the sensor is totally clear of any scratches, and the rubber grips and covers look as if they haven’t been touched.

Another reason why I swear by MPB is that they stand by their products. If you buy something from them and you aren’t happy with it, you can return it. Try doing that with a Craigslist or Ebay seller.