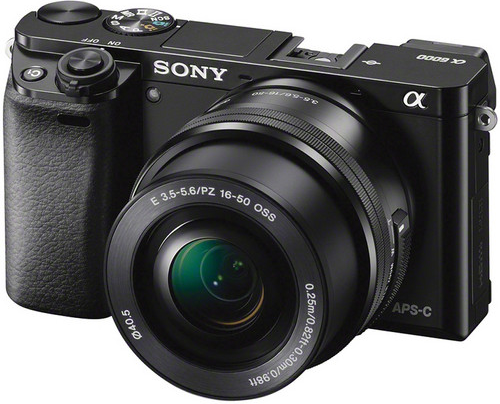 When the Sony Alpha a6000 APS-C format mirrorless camera was released in 2014, it was a pretty big deal.

Being mirrorless and crop format, Sony took advantage of that to create a very small and lightweight interchangeable lens camera. Here we are, eight years later, and it’s still a more than worthy camera to discuss.

In this guide, we’ll take a look at this camera, where you can buy quality used a6000s, and a few options for the best zoom lens for Sony a6000. The surprisingly small size and low weight for a full-featured camera were two of the primary features of the a6000 when it came out. But, Sony also used an image sensor in the Sony Alpha a6000 that still holds up to current sensors: a 24.3mp APS-C sensor with an ISO sensitivity of 100 to ISO 25600.

It also has 179 AF points, a built-in flash and external flash shoe, a tilting rear view screen, an eye-level OLED viewfinder, 11 fps burst speed for still photography, and can record video in Full HD 1080/60p resolution. Really, the lack of 4K video is one of the few things separating this camera from more current offerings.

Sold as body only or with what entry-level photographers would use as the best zoom lens for Sony a6000, the Sony E 18-55mm f/3.5-5.6 OSS normal range zoom lens, this outfit was scarcely larger than some premium point-and shoot-cameras with smaller sensors. It can be considered an entry-level camera or an intermediate enthusiast-level camera.

Throughout the article, I’ll link to the online platform MPB for the various examples of the best zoom lens for Sony a6000.

MPB is one of the best places for buying cameras and lenses since they specialize in high-quality and warrantied used photography equipment that can save us lots of money. Many of the photo illustrations of lenses in this article are provided by MPB. When searching for the best zoom lens for Sony a6000 cameras, you’ll run across two lens mount designations for Sony mirrorless cameras: Sony E-mount lenses and Sony FE-mount lenses. What’s the difference, and which mount should you get?

Sony FE-mount and E-mount are identical electronically and mechanically. The main difference is that FE lenses are designed to cover Full Frame format while E-mount lenses cover APS-C format.

You can use FE and E on both formats of cameras, but mounting an E lens on a Full Frame Sony triggers the camera into recording on an APS-C-sized portion of the full sensor. Conversely, an FE lens on a crop sensor body covers the format fully, but the crop factor means that the lens behaves like a longer lens equivalent.

Crop factor is still confusing even to long-time photography enthusiasts, so here is a good refresher article on the subject. The best zoom lens for Sony a6000 can be either FE or E mount, though much depends on your specific needs. Photographers that want an ultra-wide-angle lens range will love the Tamron 11-20mm f/2.8 Di III-A RXD zoom lens as one option for the best zoom lens for Sony a6000 cameras. What makes it special is the extreme wide-angle focal length with very little distortion. The widest coverage is a full 105 degrees.

Another great feature of this lens is the fast maximum aperture. Many lenses of this type have a slower maximum aperture, and also that aperture gets slower at the long end. The f-stop of f/2.8 is excellent for lower light levels or for stopping down to a “sweet spot” aperture that is still rather fast - a plus for night sky photography or architecture and real estate.

It focuses very close, making available some interesting perspectives of ultra-wide, close focus, and large aperture. Other features are a silent and fast AF motor, a 67mm front filter diameter, and a flower-shaped lens hood for flare reduction and front element protection. For using just one lens or as one of a set of lenses that covers from wide to telephoto, the best zoom lens for Sony a6000 cameras just might be the Sony E PZ 18-105mm f/4 G OSS normal range zoom lens.

What’s nice about this lens is that it balances perfectly with the Sony Alpha APS-C cameras. The long end of the zoom range is nearly double the telephoto of the kit lens that originally came with the camera when packaged as an entry-level kit.

A few other really useful features of this best zoom lens for Sony a6000 cameras are the power zoom function (which is little noisy for video but not too bad), a maximum aperture that remains constant at f/4.0, Optical SteadyShot image stabilization, minimum focus of 1 ½ ft, 72mm front filter size, and a minimum aperture of f/22 for extended depth of field. Some photographers feel that if you need telephoto, you need a lot of telephoto. For those photographers, and for anyone wanting a full range of focal lengths in just a few lenses, the best zoom lens for Sony a6000 cameras could be the Tamron 150-500mm f/5-6.7 Di III VC VXD ultra-telephoto zoom lens.

Though somewhat large and heavy, this is a superb example of how good and how compact modern lenses can be. When factoring in the 1.5X crop factor of the Sony a6000 sensor, this lens acts on an APS-C camera what a 750mm lens would be on Full Frame. Even when used on Full Frame cameras, this lens packs a lot of telephoto punch. 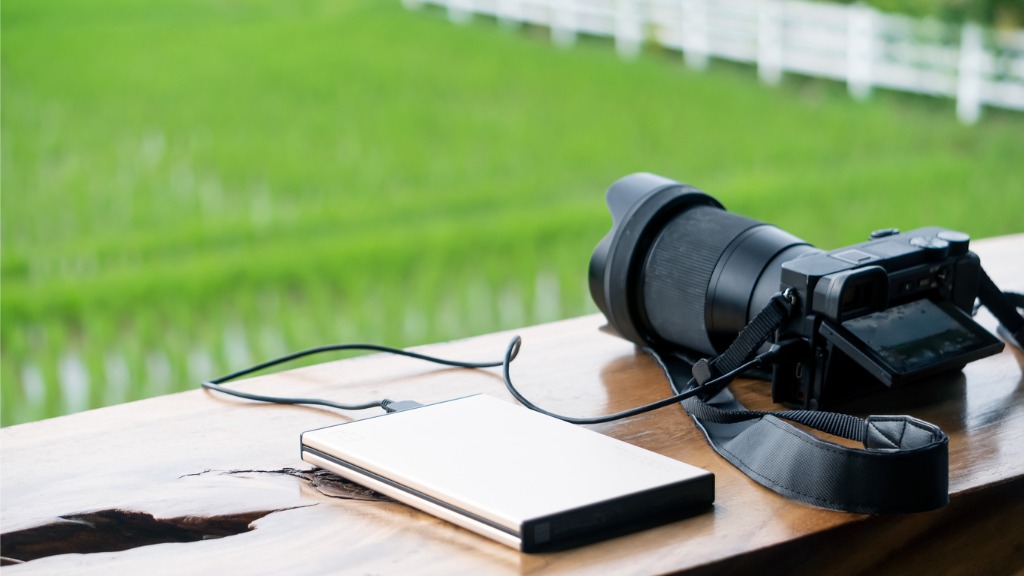 Photo by ArLawKa AungTun via iStock

My final thoughts are that it’s pretty obvious to any photographer that gets serious about their art and craft that there is no one best lens for any camera or situation. Some prime lenses could also be included when talking about essential lenses. But we can narrow down to a few good options for the best zoom lens for Sony a6000 cameras.

Another final thought is that you can save some serious amounts of money by purchasing pre-owned gear. And when you work with an online platform like MPB, you can do so while still guaranteeing that you get a fine camera or lens.

Better still, at MPB, you get a seven-day return policy and a six-month warranty on most purchases!

Any or all of the great lenses discussed above could find their way into your camera bag, and I’m sure you’ll be pleased with them. Get shopping today by heading over to MPB.